Across Great Britain, outdoor TV screens are proliferating. The trend started in UK pubs after 2007, when the smoking ban came in. UK pub andlords realised they had to make a virtue of forcing their customers outside, and duly began putting up British weatherproof TV display screens to show live football and cricket matches, horse racing and other sporting events.

“Meanwhile, in our own private gardens, Brits have started to embrace outdoor living like never before, installing hot tubs and fancy barbecues once considered suspiciously ‘New World’. Is it any wonder that our nation of sun-worshippers is now switching on to the idea of alfresco viewing at home with a UK weather proof TV screen in the garden, patio, terrace or any other outside area?

UK newspaper Daily Mail’s Film Critic, Brian Viner tests the new breed of outdoor TV screens and asks the question, “Is it time you got an outdoor TV for your garden?” Daily Mail (Newspaper and Mail Online) 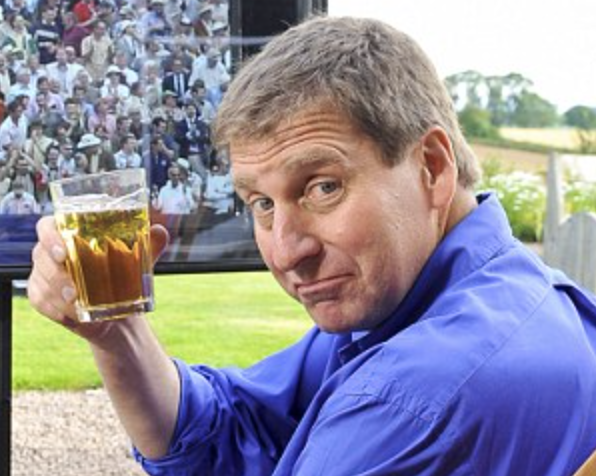 “TV Manufacturers have cottoned on to increasing demand with a new range of high-definition smart TVs, boasting all the functions of a good indoors TV set. These outdoor TVs have the ability to withstand UK weather conditions from blazing sun to lashing rain and even frost and snow.”

“As this paper’s film critic I spend an awful lot of time watching screens in darkened rooms; it seemed like a treat to watch TV outside in the garden from the comfort of a deckchair, glass of beer in hand.”

So I decided to give some of the latest outdoor televisions a try. They all require mains power so, depending on how close your nearest socket is to your back door, you’ll probably need an extension cord.

Mind you, I now have my wife to contend with, rather than my mother. ‘Why on earth would you want to be watching television at all on a lovely summer’s day?’ she asked. This time around, I had a ready answer. ‘Because the sun is out — and the cricket is on!’

My mother’s familiar rebuke still echoes, more than 40 years after she first issued it: ‘Why do you want to be cooped up indoors watching television on a lovely summer’s day?’

It was a fair point, and — finally — I have the perfect riposte: ‘OK, I’ll go and watch TV in the garden!’ 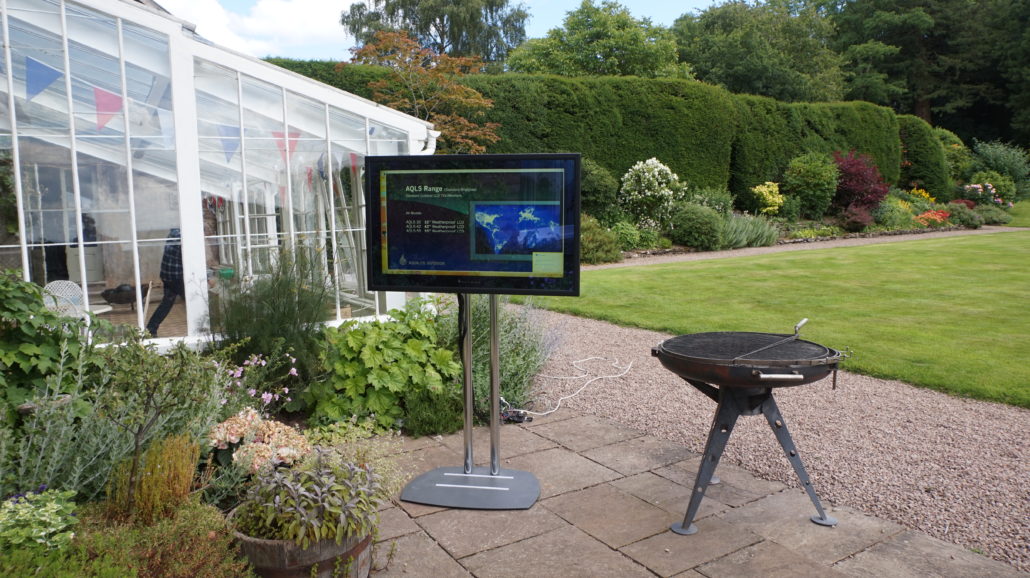 TEST: With a handsome black surround, this gained even the grudging approval of my hard-to-please family. The IP66 protection means it will cope with temperatures up to 68c, and as low as 20 degrees below zero, which just about covers all four seasons at my home in Herefordshire, UK.

There is also the capacity to build a PC into the model, turning it into a kind of giant home computer that you control with a touchscreen — although that’s intended more for interactive use at UK transport hubs and tourist attractions than for your garden or patio.

The sound came through two small attachable ten-watt speakers, and the picture quality was decent, although as with all the models boasting high-gloss screens, I had to fiddle with the positioning of my deckchair before I could completely get rid of the sun’s reflective glare.

“On the whole, though, I was impressed with the Aqualite. The company proudly claims that its TVs work well in factories, mines, quarries, airports and ships, as well as on gas and oil rigs in Arctic, desert or even tropical locations.”

Now it can add, that it can also handle the rigours of a Herefordshire patio!

VERDICT: Aqualite Outdoor TVs are the best of the bunch of regular outdoor TVs — if you’ve got the cash.

Outdoor TVs For Marine Use