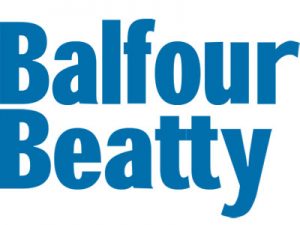 It is the middle of June 2019 and Aqualite Outdoor International Limited receive an enquiry from Balfour Beatty.

We get back to the enquirer who explains that Balfour Beatty are in the process of upgrading a large section of the M4 motorway for a project which is expected to last for about 2 and a half years.

Their local offices were set out along the side of the motorway and consisted of dozens of semi- permanent porta-cabin style offices housing around 2000 engineers, planners and general workforce.

Robin Menen from Aqualite very quickly realized that the team at Balfour- whilst knowing why they wanted to look in-to a large LED screen, really needed to discuss the application and requirements and sooner rather than later, as the screen was needed within weeks. 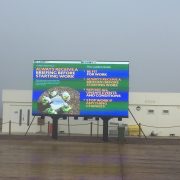 Robin shot over to the main site and met with Dipesh Patel-Senior Projects manager, who explained that they had to process the Health and Safety induction and training for hundreds of staff and needed to do this on a “one to many” type set up, if they were to get through the numbers in time.

After about a hour of discussions about options and recommendations, we took a site walk around the overall facility and agreed on screen location, orientation and size. Aqualite very quickly suggested a 6 x 3 m LED weatherproof screen with a Pixel Pitch of 3.9mm, to give the highest quality image from both the nearest and longest distances that were involved and Balfour Beatty agreed the quotation within days.

A few weeks later after Balfour Beatty had prepared the site and dug the trench to receive the concrete foundations for the screen frame and laid out a large decked viewing platform, the screen was assembled by the client themselves- with the overview of an installation engineering manager from Aqualite. 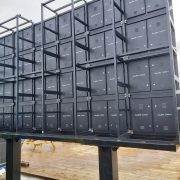 ast – forward a few months later and Aqualite puts in a follow-up call to make sure all is well with the screen-to be told  “ We absolutely love it down here and we have it on everyday 24/7”.

It has helped us exactly as we had hoped, to save both time and money on training hundreds of staff as efficiently as possible and as a side benefit- when the weather is good, it is great for getting our teams together and we even have the option to play a few movies after hours in our “private outdoor cinema”.